A favorite discussion the internet often likes to do is to debate whether we are in cycle, supercycle or grand supercycle degree in Elliott waveterms. Honestly for the immediate life of most of us it matters less, unless we plan to live over 150 years!

For those not familiar with Elliott wave terms, the basic idea that growth or demise happens in 5 waves, with waves 1,3, and 5 are in the direction of the trend and are called actionary waves, and waves 2 and 4 are counter-trend or corrective waves. The pattern is fractal meaning whether you zoom in or out, the pattern is repeating itself at every level. Whenever a 1, 2, 3, 4, 5 structure is completed, it would consist an actionary wave of a larger degree and what follows is a correction at that higher level that unfolds on in corrective patterns.

In later posts, I will note short term possible set-ups that could be of interest, however environments of wave 4 are usually hardest to trade, as there is lots of indecision and wild volatile moves. Zooming on short term level, once could still find opportunities to ride short term trends. 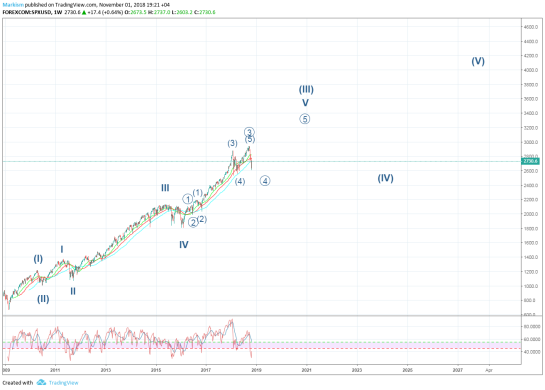 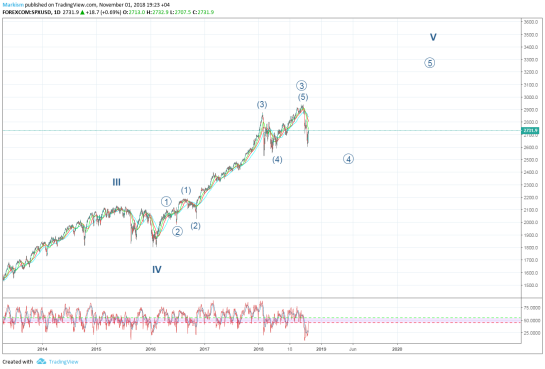